Kentucky Hemp Is On The Rise. Is It Part Of A Larger Shift? 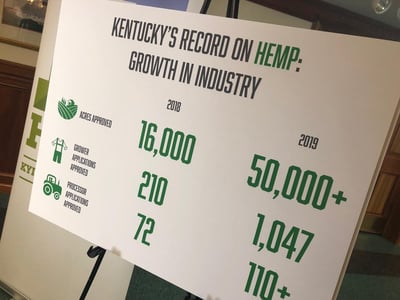 It's onward and upward for Kentucky hemp, according to the latest data from the state's Department of Agriculture. Sales of products made using commonwealth-based hemp more than tripled last year, but exactly where the industry is headed is a "question left to be answered."

When it comes to Kentucky’s place in the still-maturing hemp market, the state’s top agriculture official has no shortage of glowing descriptions – the "comeback state for industrial hemp," the "hemp hub," and his clear favorite, the "epicenter for hemp production."

But the latest data lend some new weight to those rosy predictions. Take gross sales for hemp-derived products in the state. In 2017, they accounted for just $16.7 million. Last year, that number ballooned to more than $57 million.

"The numbers are overwhelming and they're real," says Chad Rosen with Victory Hemp Foods, which creates hemp ingredients for plant-based vegetarian and vegan foods.

And he points to a thriving new market as the driving force.

"It's not supported by financial instruments that are paying for the crops that are going out to market," Rosen explains. "They're being consumed by consumers and the market continues to demand more."

That’s not to say there won’t be bumps on the road. State Agriculture Commissioner Ryan Quarles says there’s still uncertainty surrounding how the FDA plans to treat some hemp-based products, crop insurance remains on hold, and there’s the matter of competing with processors coming online in other states.

"Right now, the rest of the country is catching up to where Kentucky has been for years," Quarles says. "Because of that and because of the influx of new farmers, there will be some folks who experience some growing pains in the 2019 grow year."

But for the time being, the commissioner situates Kentucky among the states with the best shot at leading the pack. One indicator: The number of hemp-approved growers in the state jumped more than 500 percent this year. That's a leap from 210 to 1,047.

It's a shift that Chad Rosen says is winning over farmers, including former tobacco growers. On top of the increasing visibility of the crop and its many offshoots, he says more and more people are testing out products they might once have avoided due to its association with marijuana.

"Maybe their wife, their uncle, their son, their brother or sister has enjoyed the effects of starting to use hemp seeds in their morning breakfast and whatever it is, it's continued to reverse the negative stigma of hemp and normalized it to the degree that more producers are getting off the sidelines," he adds.

The pro-hemp trend may not be universally celebrated, however.

Rosen estimates the market for plant-based proteins – those include meat and dairy analogs one commonly sees on grocery shelves now – is growing roughly 15 percent annually.

"Contrast that against the dairy industry, which lost five percent last year," he told reporters Monday. "There's a once-in-a-multi-generational shift that's happening in the way people want to eat today and hemp seeds represent the psychiological characteristics to be a key ingredient in that shift."

END_OF_DOCUMENT_TOKEN_TO_BE_REPLACED 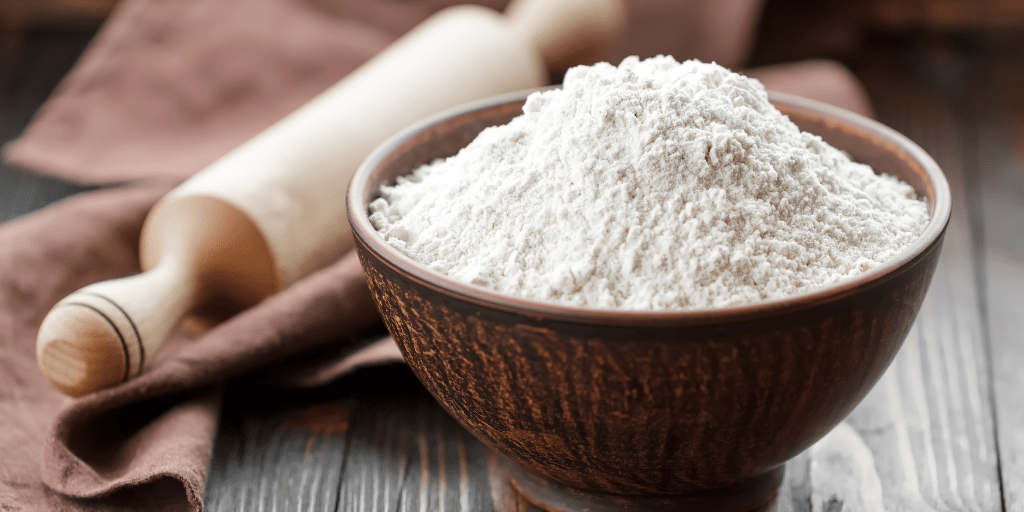