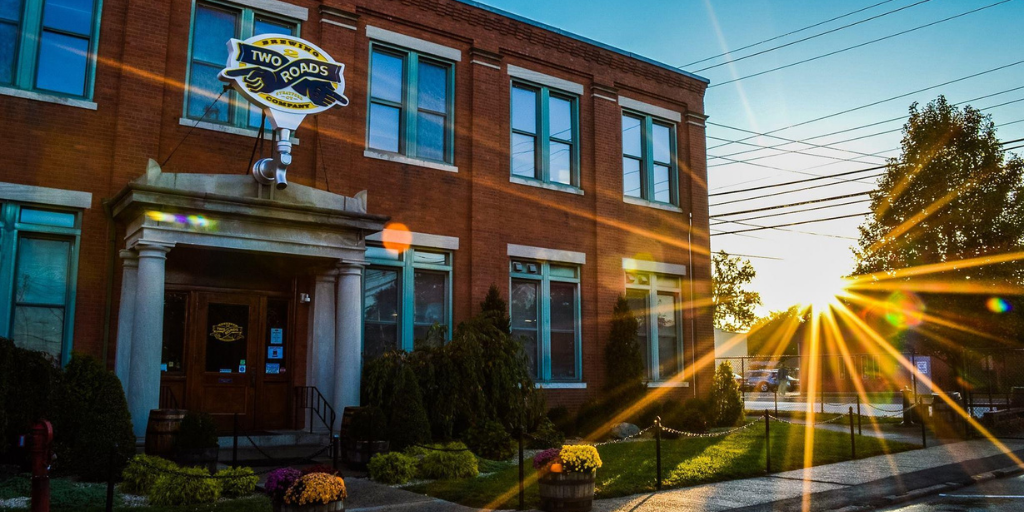 At Two Roads Brewing Company, there’s an abundance of delicious, top-notch beers, and many of them are nationally-ranked. That’s not too surprising considering the founders are industry heavy-hitters—having worked at the likes of Pabst, Labatt, New England Brewing Company, and more, and collectively have 8 decades of experience. But what is unexpected, and heart-warming, is that the four founders are also long-time friends who launched Two Roads together as the culmination of their shared experience. 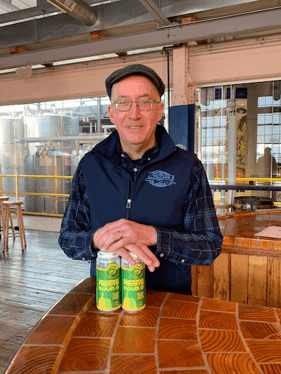 We were lucky enough to chat with multi-award-winning Master Brewer, Phil Markowski, about the brewery, their novel approach to beer, and why and how they use Victory Hemp hempseed in their products.

Keep your eye on these guys because they’re not slowing down. They recently entered the hard seltzer market, they’re dabbling in cocktail making, and turning beer into slushies when the weather gets warm.

Two Roads is derived from a Robert Frost poem. We try to live by taking the road less traveled. Even if we’re making a popular beer like an IPA, we always do something to make the beer our own and hope a consumer notices the difference.

Another aspect of our brewery is that we purchased an old 100,000-square foot factory and rehabbed it. Too many craft breweries outgrow their space and have to move. We wanted to build it big and build it once, but we couldn’t do that and start our brand from scratch. So, our facility is also a contract brewing facility and roughly half of our space is used by other craft brewers. In terms of production, Two Roads Brewing is #47 out of 8,000 or so facilities according to the most recent Brewer’s Association rankings. But if counting our overall production, including our contract brewing, we’d be much higher on the list.

Mid-March is our second anniversary of Area Two Experimental Brewing—an experimental brewery that we started two years ago and built from the ground up. As we speak, we are installing a distillery in Area Two.

Overall, a goal that I have is that the consumer walks in and walks out with an expanded definition of what beer can be.

Each of the Two Roads Brewing Company  founders sound like heavy hitters. How did you all come together and get started?

We sold our first beer at the end of 2012. It was a long time coming. Three of us founding partners had worked together in the past. And all of us have been friends since the 90s. Back then we had a couple of false starts attempting to launch a brewery together.

Leading up to our 2012 launch, we were all in unhappy situations professionally and sought an opportunity to start a brewery together once and for all. Two Roads Brewing is a meeting of the minds—our skills are complementary. I’m on the production side and Brad, Clement, and Peter all have MBAs and they’re on the business side. Together, we’re collectively pushing 80 some years of experience.

What kind of beers are you known for? 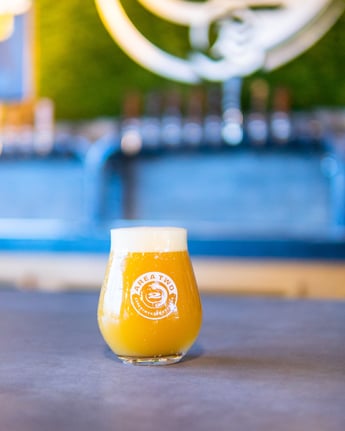 We have a lot of beers, but like most craft breweries we are known for our IPAs because that’s what people want. It’s been all about IPAs for about the past 10 years. We’re also known for brewing adventurous beers—Pineapple Sour D and what we’re calling “Mango Waui” are two examples.

We brewed Pineapple Sour D on a whim at the Area Two facility. It’s an IPA, and hemp seeds are a standard ingredient in the beginning of the brewing process and it's sweetened with pineapple juice. We also added terpenes. It’s a conversation stopper initially and then it’s a conversation starter. The initial scent catches people off guard. We’re about to do our first release and we can sell it in the 14 states. If you have one successful product, consumers always ask “what’s next?”

That’s “Mango Waui.” In it we are using hemp seeds on a small scale. We start with small batches—about 100 to 200 gallons—and then if we’re satisfied, we put it on tap in our tasting room. If the reception is good, we’ll then scale it up.

We were following what was happening legally in the U.S. and in the hemp industry. Then, our neighboring state—Massachusetts—legalized hemp, so hemp products became more available.

People approached us to do hemp-based drinks for them. We landed on roasted hemp seeds and terpenes. To me, there’s an earthiness and nuttiness that’s derived from roasted hemp seeds. For the integrity of our products, if we’re going to have a product with a hemp profile to it, then having actual hemp seeds in our product is important. It authenticates and validates our product.

How do you use hemp seeds in your beers?

We use roasted hemp seeds and terpenes.

The roasted hemp seeds are added to the mash where you mix cracked malted barley with hot water—it’s called a stuffed mash. The consistency of that mix is really important. Now we’re easing into using more and more hemp seeds.

Terpenes are manufactured using gas chromatography, so it’s very specific to a certain strain, and they’re very pungent and on point. Terpenes are easy to overdo and we’re trying to keep it at a level where you can’t miss it, but you aren’t tasting it for hours on end afterwards.

What led you to source hemp seeds from Victory Hemp for your hemp beers?

We had originally found some hemp seeds online that came from Canada. When we went to register our formula with the Taxation Trade Bureau (TTB), because it wasn’t domestic seed, they wanted a full analysis of the hemp seed. We needed American-grown hemp seeds, produced on a large scale for the TTB to approve our formula. We found Victory Hemp online and the rest is history.

You’re the Master Brewer. How did first you get into craft brewing?

I got into beer in college, which isn’t all that unusual. I studied engineering. At the time there were no craft breweries, but I got my hands on a beer that was pretty close to a craft beer. It was out of San Francisco and until that beer I didn’t know beer could be that dark and flavorful. So, I started seeking out beers that were different and soon after I bought my first home brewing kit. That was 1983 and before home brewing was a bonafide thing in the U.S. Then I found a club and entered competitions. I quit my job in engineering in 1989. That makes this my 32nd year in craft brewing.

I’m more or less entirely self-taught. Some days it doesn’t even feel like work and I feel very lucky to be in a career that I enjoy and still find mystery in. The most satisfying thing for me, though, is to walk in the tasting room and see people enjoying the beer. 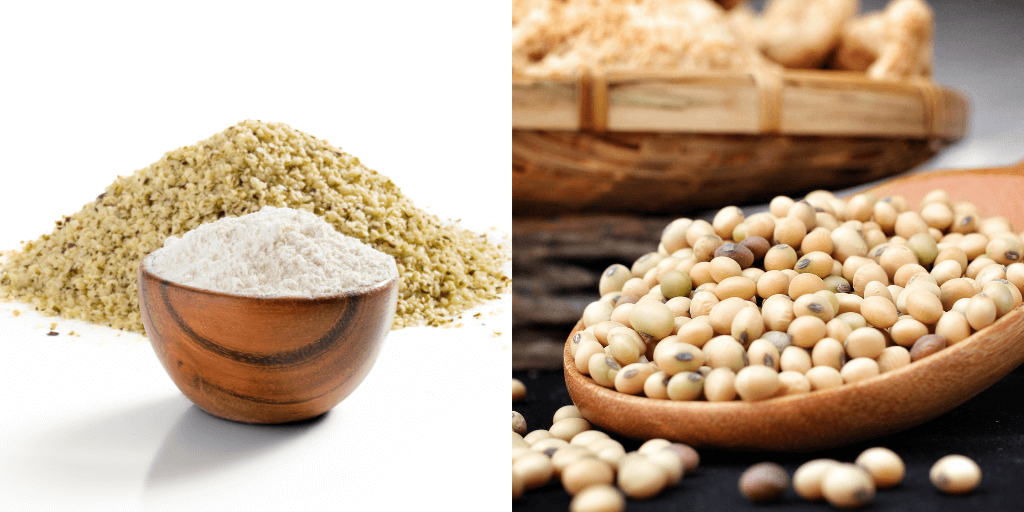 How Do Hemp Protein and Soy Protein Compare?

Plant-based protein is becoming increasingly popular with consumers turning to plant protein to be healthier and to add ...

END_OF_DOCUMENT_TOKEN_TO_BE_REPLACED 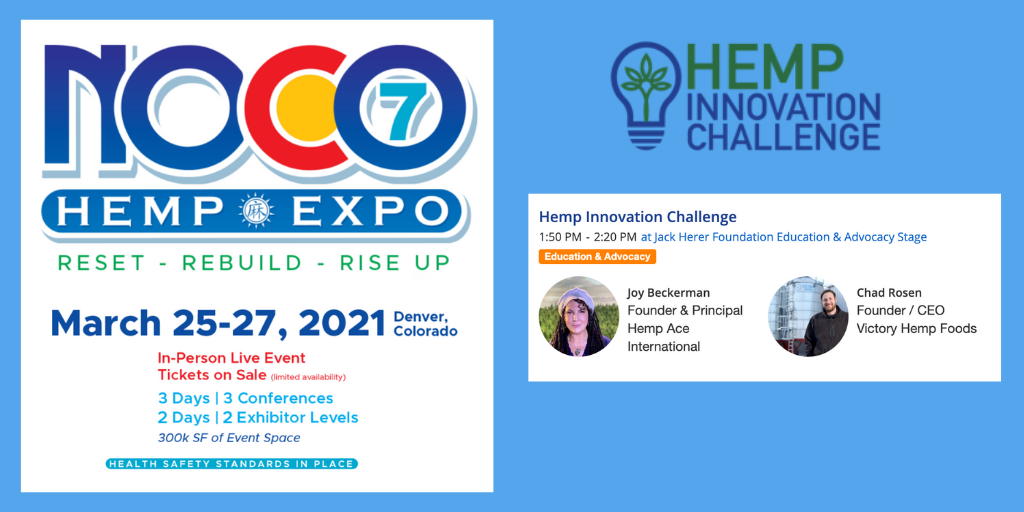 In February of 2020, Victory Hemp Foods was selected as World Champion of the inaugural Hemp Innovation Challenge™ at ...

END_OF_DOCUMENT_TOKEN_TO_BE_REPLACED

Urner Barry’s Reporter Magazine sat down with members of the Victory Hemp Foods team to discuss hemp seed proteins and ...